What is the Best Oil for Cooking?

We are often asked about cooking oils. What is the best oil for cooking? What oils shouldn’t we cook with? Common opinion varies, so it’s not surprising you might be confused.  So if you’re trying to figure out which oil is a healthier option, or learn what’s not healthy at all, read on: you may be surprised! What is Canola Oil?

Canola (Can for Canada and OLA for oil, low acid) is made by crushing the seeds of the rapeseed plant (Brassica napus). It’s a neutral-tasting oil, which has made it popular for cooking, but is it the best oil for cooking? Or is it a good oil at all? Let’s go behind the scenes on this one.

Rapeseeds are high in oil, but contain a toxic compound called erucic acid, which cannot be safely consumed. Canadian scientists figured out how to remove this acid through targeted plant breeding and came up with the canola plant. Then along came genetic modification, and rapeseed that was genetically engineered to survive spraying with glyphosate (RoundUp-Ready) was introduced to Canada in 1995. By 2005 about 90% of the canola produced in the United states and Canada was genetically modified. Canada remains the world’s largest exporter of canola.

To make canola, the oil is extracted from the rapeseeds using hexane, a solvent. It is then refined using a water and organic acid process, then filtered (to remove colour), and steam distilled to deodorise it.

For cooking, canola is neutral in flavour, and can withstand high cooking temperatures without breaking down and burning. One tablespoon of the oil contains 2.4mg of vitamin E, and 10mcg of vitamin K.

The omega-3 level of canola is low, compared to omega-6. The ratio is roughly 1:2 (i.e., it has about twice as much omega-6), and it contains 0.1g of trans-fats per tablespoon of oil, which is something that best avoided.

Canola is used in an incredible range of products: as a cooking oil, as an ingredient in soap and margarine, . One form of the oil (colza) is used as a lamp fuel, heating oil, and as a lubricant for engines and can be made into biodiesel, especially in Europe. The seeds are also used as bird feed, and the seed residue after oil extraction is used for fodder. The plant is also grown as a cover crop and green manure.

One thing canola has going for it – it looks stunning when in flower! What is “Vegetable Oil”?

Vegetable oil is a general term that’s used for any plant-derived oil. It may come from seeds, grains, nuts, and/or fruits. Most commercial vegetable oils are an assortment of different types of inexpensive oils, including palm, soybean, canola, and corn. When using the wording “vegetable oil” manufacturers can add any blend of plant-derived oils.  (Beware if you have allergies!)

There are a range of extraction processes used in the manufacture of vegetable oil, due to the range of starting materials used.

Like canola, some folk think it’s the best oil for cooking, as vegetable oil has a high smoke point and a neutral flavour. But not only do you not know exactly what oils are in there, it also is high in unsaturated fats – mostly omega-6.  The exact nutritional composition is variable, depending on the oils that have been blended in each batch.

It gets the thumbs-down from us.

What to Choose: Canola oil or Vegetable oil?

Neither.  We do not believe either of these oils are the best oils for cooking. Both are highly processed and quite likely genetically modified, and are high in omega-6 fatty acids. An ideal ratio of these omegas in our diets is 1:2 (1 part omega-3 to every 2 parts omeg- 6 consumed).

An excess of omega-6 fatty acids can have pro-inflammatory effects, and is associated with increased risk of cardiovascular diseases. 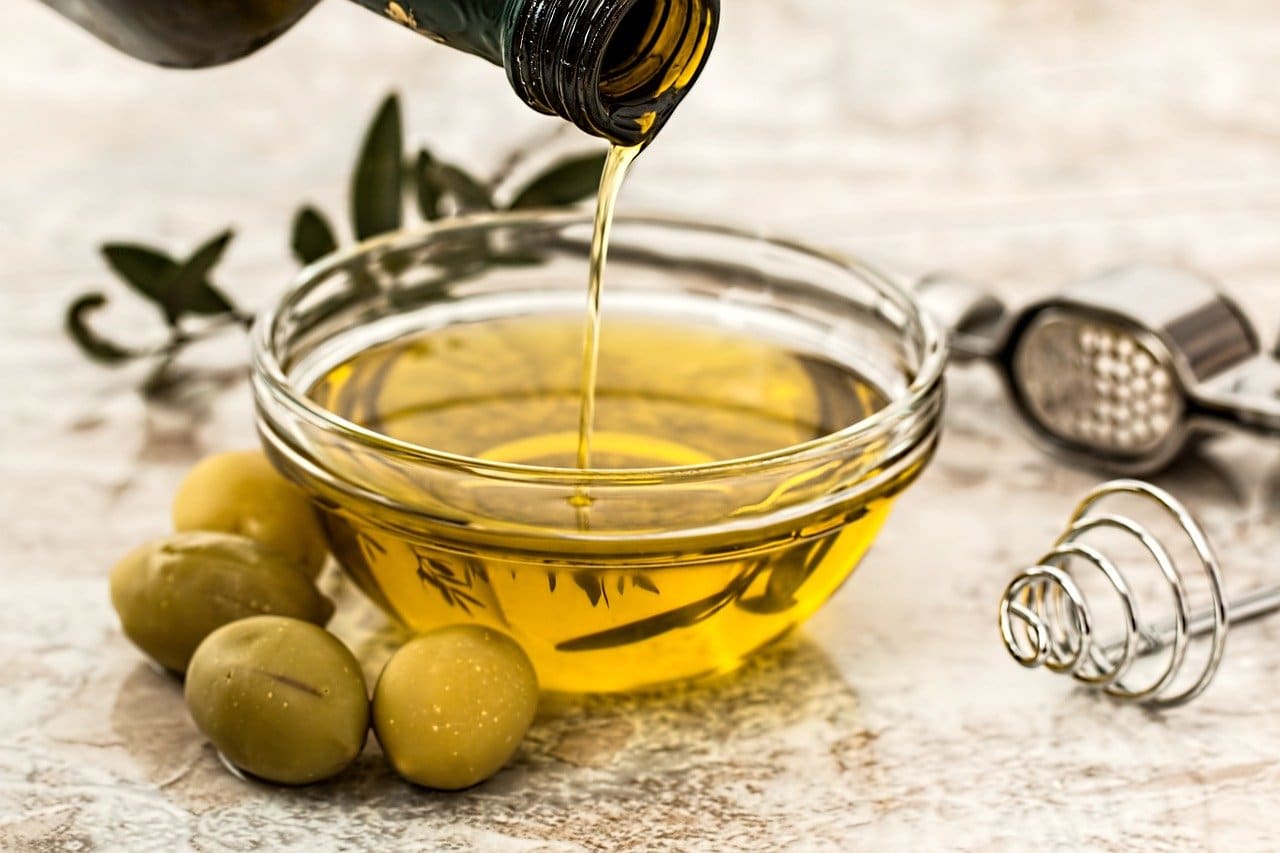 What is the Best Oil for Cooking?

There are a number of good substitutes for canola and vegetable oil. many people are afraid to use some of these oils because they’ve heard that they are damaged by cooking. While it’s true that high heat can break the fatty acid chains in oils, it’s time to break the myth that good extra virgin olive oil should not be used for cooking. But what is the best oil for cooking?

In addition, one tablespoon of extra virgin olive oil provides 1.9mg of vitamin E, 8.1mcg of vitamin K, and 29.8mg of phytosterols (which help reduce cholesterol). Olive oil is low in saturated fat, and does not contain trans-fats.

A study undertaken in Australia concluded that not only was extra virgin olive oil was safe for cooking, but it was actually the safest oil to cook with compared to other oils like canola, rice bran, grapeseed and even coconut oil.

Buyer beware: many lower cost options from Europe are not necessarily what is on the label or not as good as the label makes out. Complicated business, but those links will give you some insight. The safest bets are extra virgin olive oils that are produced in New Zealand and Australia. Then you’ll have what might be about the best oil for cooking with.

The oil of the coconut is high in saturated fats. That is why it is a solid in cooler temperatures. This property also makes it very heat resistant. The main disadvantages of coconut oil are that it’s 87% saturated fat, and is scant on any nutritional benefits.  Also, it can impart a coconut flavour to your food, unless you buy a deodorised one. Problem: the deodorisation process usually uses excessive heat, chemical solvents and bleaching. We recommend only virgin coconut oil, so you know it’s not been tampered with.

Having said that, coconut oil may be the best oil for cooking in some situations or cuisines, if the flavour isn’t a problem.

Who doesn’t love avocados? And it might be news for you to learn that avocado oil might just about be one of the best edible oils both raw and for cooking. Rich in texture, avocado oil contains high amounds of antioxidants and is heat-safe up to about 271°C – not that heating your food that hot is a good idea, but at least the oil doesn’t get damaged!

Avocado oil is about 70% heart-healthy oleic acid, a monounsaturated omega-9 fatty acid – the same omega that is high in olive oil. It is relatively low in omega-6 and has a high smoke point.

Avocado oil is also rich in other nutrients, including lutein, an antioxidant carotenoid that concentrates in a part of the eye called the macula. It also contains the fat-soluble vitamins A and E, which are linked to health of the skin and mucous membranes.

The main disadvantage of avocado oil is the cost, but otherwise, it is an outstanding oil for salads and for cooking. Maybe  it’s even the best oil for cooking! 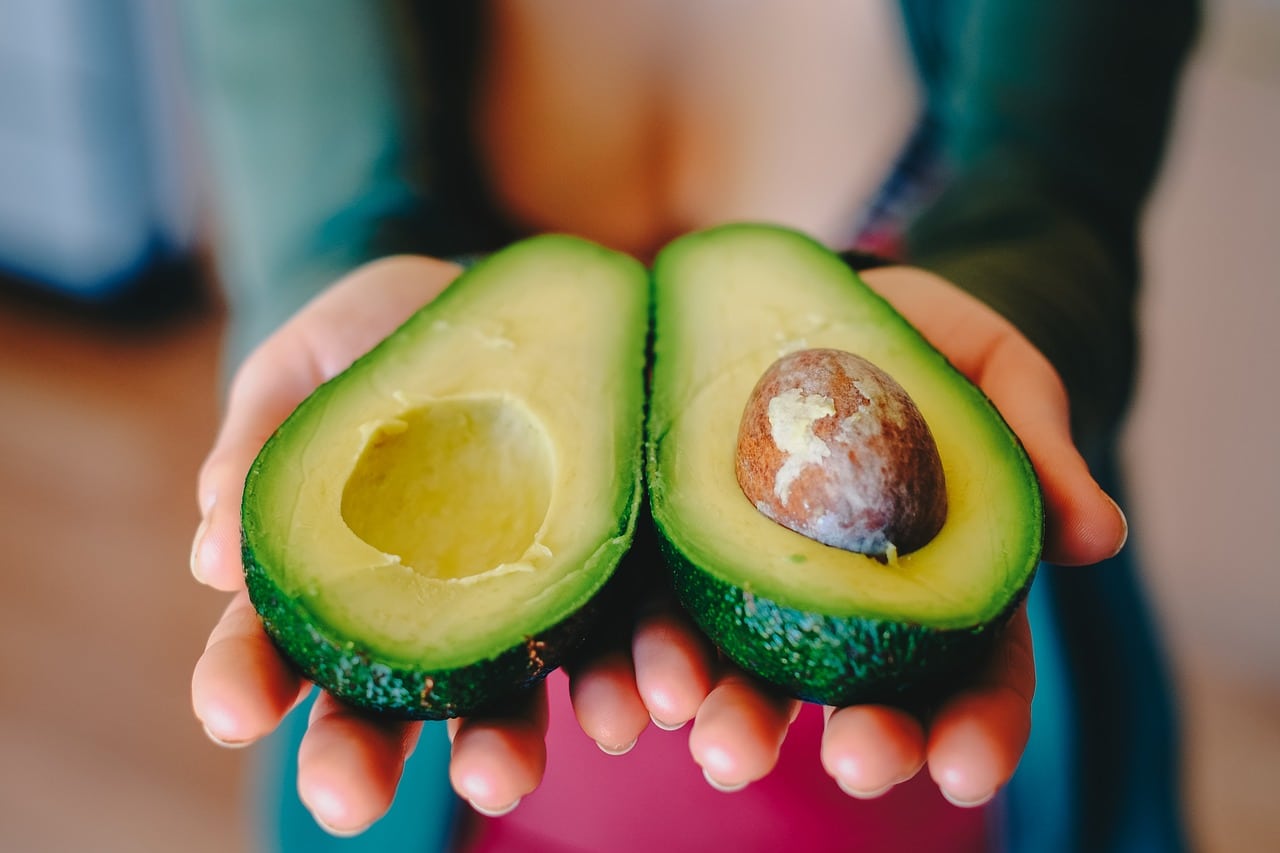 Coconut oil and avocado oil are high-heat-friendly options for cooking, while extra-virgin olive oil is an excellent option for lower temperature cooking and is the preferred option for dressings or drizzling on vegetables after roasting. To boost your omega-3 intake, use flaxseed oil  instead of butter when making mashed potatoes, or include in your salad dressing and as a drizzle. Just don’t cook with it.