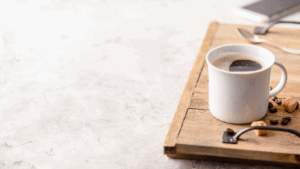 Coffee – to have or not to have

The Industrial Revolution probably wouldn’t have happened without it!
New research is being published all the time which touts the benefits of one of the most popular every-day drinks, but  is it possible that coffee may not be the new health food that it’s being made out to be?

Coffee does appear to show potential benefit in lowering the risk of diabetes,  Parkinson’s disease, and Colon cancer.
But the problem is, the researchers (from Harvard University) state that  “the more you drink, the better.”

They analyzed data on more than 100,000 people for up to 18 years, and found that those that consumed between one and three cups a day reduced the risk of diabetes modestly, and having more than 5 a day slashed men’s risk by 54% and women’s by 30% compared to non-coffee drinkers.

Sounds Great?!  Perhaps it is if you don’t suffer from the adverse effects of coffee. 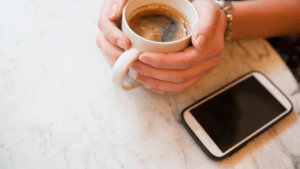 “Caffeinism” is defined as an agitated state induced by excessive ingestion of caffeine (1) given to anxiety (2) resulting from both high levels of caffeine as well as caffeine withdrawal.  A strong association between caffeine and depression has been well-established – in fact there are many caffeine-induced psychoses, including delirium, manic depression, schizophrenia, or merely an anxiety syndrome.

Excessive doses of caffeine can increase nervousness, hand trembling, and may cause a rapid heartbeat. It can also raise cholesterol levels in some people (due to raising stress markers) and may also contribute to artery clogging and therefore heart disease.d to differentiate from organic or non-organic psychoses (3)

Caffeine stimulates your adrenal glands to produce extra cortisol and while this might get you through some temporary stress and even help you to function better while pushing yourself through that sleepless time (2), but it can become detrimental – so don’t stay hooked.  People who reach for coffee to help cope with high levels of stress often end up in burnout.  Instead of getting needed rest, the caffeine helps you work longer hours – ultimately contributing to adrenal fatigue.  Such people feel terrible when they come off their frequent stimulant drug (which is what caffeine is), but invariably feel better once they have properly rested and allowed their adrenal glands to produce  stress hormones in a more normal  pattern.

Caffeine is such a strong stimulant that we advise clients not to drink either  tea or coffee (or other caffeine-containing beverages) after 4pm – caffeine has a half life of  between 2 and 5 hours (between range 3 and 16 hours for pregnant women (4) so it really can keep you awake.  Worth wondering:  Do you really want your baby to be born a coffee addict too?

A study done way back in 1984 showed that urine excretion of calcium, magnesium and sodium were increased after caffeine consumption (6) – so a detrimental effect on bone health could be an adverse effect of excessive coffee consumption as well. 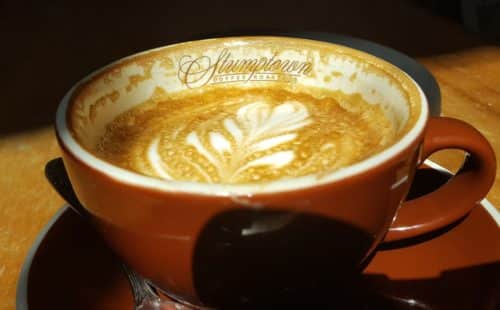 Others that need to tread with caution are those with allergies to members of the bean family – soy, peanut etc, – as cross-reactions are possible.  Most mild to moderate reactions last less than a day and can involve a rash on the skin, cramps, diarrhea, nausea, vomiting, runny nose, watery eyes, wheezing and coughing.

What is interesting about coffee allergies is that it can also mimic mental disorders by producing a chemical imbalance in the human body. Caffeine allergies can produce alternating states of delirium and mania, resembling schizophrenia. Many patients have been erroneously diagnosed with some type of mental illness when in fact, their symptoms might be attributable to caffeine over-consumption. (7)

Another perspective in terms of the benefits of coffee is that the bitter taste is very good for stimulating your liver. But to get maximum benefit, refrain from consuming sweet & white versions of coffee.  And of course, “all things in moderation” .

Is it the caffeine? There are high levels of antioxidants in coffee beans (as in the cacao bean) Some of coffee’s reported benefits are a direct result of its higher caffeine content: than other caffeine -containing compounds.  But it is variable. Caffeine concentration in the beans varies from 1 – 1.4% and increases with roasting, so the dark roasts tend to be at the higher level.  Therefore a single shot of espresso might be anywhere from 60-100mg caffine,  a 200mL cup of drip-brewed coffee anywhere from 85 – 145 mg (yes it’s higher in caffeine as the water is in contact with the ground beans for alot longer).  Tea is 47-60mg and Green Tea about 25mg.

At least six studies indicate that people who drink coffee on a regular basis are up to 80% less likely to develop Parkinson’s, with three showing the more they drink, the lower the risk.  The evidence is supportive of regular coffee consumption for those at risk of Parkinson’s disease and research is underway to develop drugs for this condition that contain a derivative of caffeine.

Other research shows that compared to not drinking coffee, at least two cups daily can translate to a 25% reduced risk of colon cancer, an 80% drop in liver cirrhosis risk, and nearly half the risk of gallstones. Asthma & Headaches

Caffeine can also help in treating asthma and headaches. Some pain killing drugs contain up to 120 milligrams of caffeine – Cafergot is one example (which has ergotamine and caffeine).  Anacin (or Excedrin) is another – a mix of acetaminophen (panadol) aspirin, and caffeine.

Caffeine is so effective at enhancing athletic endurance and performance, that until recently, caffeine in coffee or other forms was deemed a “controlled” substance by the Olympic Games Committee, meaning that it could be consumed only in small, designated amounts by competing athletes.

The mechanism is not well understood, but athletes love the effect on strength or sprinting or endurance – all of which are enhanced. 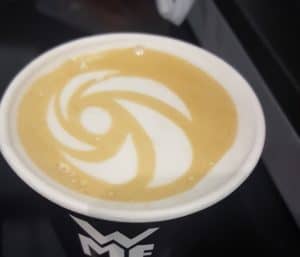 But it helps kids’ minds in another way. A study from Brazil found that children who drink coffee with milk each day are less likely to have depression than other children,  And while there haven’t been any studies that show that coffee in reasonable amounts is harmful to children, it’s important to consider the potential detrimental effects on a child of consuming too much too young.Claims that it improves a child’s academic performance may be a bit delusional – while kids who drink coffee may do better on school tests, it’s probably simply because they’re more awake, rather than any improvement in real mental performance.

You can get other benefits from coffee that isn’t connected to the caffeine. Decaffeinated coffee does have antioxidants, including a group of compounds called quinines, that when administered to lab rats, increases their insulin sensitivity, which means that it’s not just the caffeine that helps with diabetes prevention – in fact people who drink decaf coffee (but not tea) still show a reduced diabetes risk, though it was half as much as those drinking caffeinated coffee.

There are no clear answers on why coffee is beneficial for diabetes – it’s possible that both caffeine and other compounds play important roles.

How much is too much?

Massive doses of caffeine (above 10g, about 170mg/kg of body weight), (about 80 shots of espresso in rapid succession) can be lethal, But three human fatalities from much lower doses have been reported and the lowest toxic dose was 2–3 g (57 mg/kg body weight). (8)  So we certainly don’t advocate getting anywhere near that level of consumption.

And who is conducting the research?

Most of the research is conducted by Vanderbilt University’s Institute for Coffee Studies conducts its own medical research and tracks coffee studies from around the world.   The ICS was initially established in 1999 in the Department of Psychiatry at Vanderbilt University Medical Center with a grant from a consortium of coffee-producing countries (Brazil, Colombia, Mexico, and Guatemala and a coalition of Central American nations) under the auspices of the Association of Coffee Producing Countries (ACPC), the National Coffee Association of the USA, and the All Japan Coffee Association. Subsequently, the work of the ICS has also received support from the International Coffee Organization and the USA corporate sector (NCA, Kraft Foods, Nestle, Sara Lee, Starbucks.)

So when they say “Overall, the research shows that coffee is far more healthful than it is harmful… very little bad comes from drinking it, but a lot of good.” How much should we take as gospel?