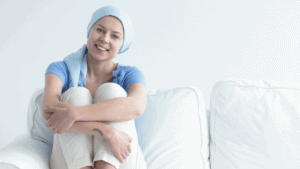 In a study released in 2009, new-onset breast tenderness is associated with an increased risk for breast cancer among women using oestrogen plus progestin postmenopausal hormone therapy.

It has been well documented that women with increased breast density, as revealed by mammography, have a higher risk for breast cancer.  Previous studies have suggested that breast symptoms in women during menopause may predict the degree of breast density. In another study,  published in the August 14 issue of the Archives of Internal Medicine, (Crandall et al) middle-aged and older women with new-onset breast discomfort had a significant  increase in total breast density compared to women who did not have discomfort. Although participants in this research were enrolled in a trial of postmenopausal hormone therapy, the positive relationship between breast density and breast discomfort was present whether they were receiving active treatment or placebo.

At House of Health, we have a number of effective strategies to assist the symptoms of menopause, without increasing your risk of developing breast cancer.

We recommend Thermography as a basic screening tool to monitor your breast health.  Read more here.