Antidepressants A Risk During Pregnancy 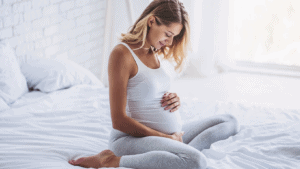 Are antidepressants a risk during pregnancy? Since the horror of the Thalidomide scandal in the 1960s, pharmaceutical companies and medicines regulators have been acutely aware of the dangers drugs may pose to the unborn child.  Establishing what the effect of a drug may be on a foetus, however, is no simple task. Companies must rely on animal studies in the early stages of research and hope that the drug will behave in humans in the same way. Trials on pregnant women are rarely carried out, for obvious reasons.

Depression and anxiety became big business for the pharmaceutical industry in the 1990s as doctors became better at diagnosing the problems, exposing a population of over-achieving, highly-stressed, worried-well.

Women, always more willing to see a doctor than men, were a large proportion of those diagnosed and put on SSRIs (selective serotonin reuptake inhibitors) such as Prozac and the British drug Seroxat, known as Paxil in the US. For a while, these seemed to be the new miracle drugs. They were safer than older antidepressants because the severely depressed could not overdose on them.

But in court cases about to begin in the US, it will be argued that insufficient attention was paid to the possible dangers for young women who were pregnant or might become pregnant and more particularly, for their babies. Twenty years ago, when serotonin, a chemical which sends messages to the brain, was under investigation, it was recognised that it was likely to have an effect on the developing foetus, according to David Healy, professor of psychiatry in Bangor, Wales, and an expert witness in the legal action against GlaxoSmithKline. It was not just a neurotransmitter, but played a role in organ development in the embryo. Animal tests appear not to have been reassuring, he says. By 1991, a study by Shuey and Lauder had shown that all SSRIs were potentially teratogenic – could cause birth defects – in animals, albeit in small numbers. GSK denies this. “The animal and human studies did not show teratogenicity, and were made available to regulatory agencies as part of the approvals,” said a spokesman. But based on Lauder’s work, Pfizer which made a rival drug, Zoloft, recommended that women on their drug “should employ an adequate method of contraception”.

GSK launched Seroxat in 1992. It was recognised that insufficient work had been done to establish the safety of any of the SSRIs during pregnancy, and as a result, throughout the 1990s, the standard statement on the drug datasheets which go to doctors was that they “should not be used during pregnancy or by nursing mothers unless the potential benefit outweighs the potential risk”. But pregnant women become depressed too. “I think depression is generally underestimated in pregnancy,” said Dr Tim Kendall, joint director of the National Collaborating Centre for Mental Health in the UK. “It is much more common than people think. It used to be thought you gave birth and you are suddenly depressed – the withdrawal of all those oestrogens. But in fact people who have postnatal depression are quite commonly depressed before the birth.” 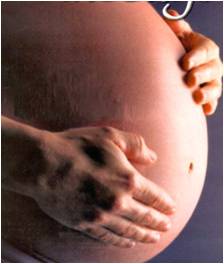 GSK also argued that depression itself could harm the baby because an untreated mother is more likely to smoke, drink and take drugs and maybe even to harm herself. Healy says there is no evidence relating to women with depression during pregnancy – only to those who were diagnosed with postnatal depression. From 2000, GSK in the US was running a targeted promotional campaign to increase sales of Paxil to pregnant women and women of reproductive age. The Mother Knows Best Campaign had three main objectives: to raise awareness of its greater claims for safety than other antidepressants, such as the low Paxil levels in breastmilk, to educate doctors and consumers generally on the benefits of the drug for women of childbearing age and to encourage women with depression to ask specifically for Paxil. Influential psychiatrists, called in the business “key opinion leaders” were recruited to give talks and author articles on Paxil’s safety for mothers to be. But in February 2005, the Lancet published an analysis of almost 100 cases from the World Health Organisation’s adverse drug effects monitoring centre in Sweden of babies who suffered from convulsions and other withdrawal symptoms after birth because their mother had been taking an SSRI for depression during her pregnancy. The effects were most marked on Seroxat, it said, and recommended that all SSRIs “should be cautiously managed in the treatment of pregnant women with a psychiatric disorder”.

In 2003, the Food and Drug Administration (FDA) which regulates medicines in the United States had asked GSK to look at the incidence of birth defects on Seroxat, or Paxil. In 2005, the company handed over a retrospective epidemiological study which found an increased risk of major congenital malformations in the babies of women who took it in the first three months of pregnancy.

GSK pointed out that data from other places did not show up a problem. Nonetheless, the FDA changed the pregnancy warning from category C, meaning not enough research has been done to be sure of safety, to category D, meaning there are signs it may not be safe.

“FDA is advising patients that this drug should usually not be taken during pregnancy, but for some women who have already been taking Paxil, the benefits of continuing may be greater than the potential risk to the foetus,” it said.

A later advisory notice from the FDA drew attention to a raised risk of a life-threatening lung condition called persistent pulmonary hypertension in babies whose mothers took Paxil later in pregnancy – up sixfold from the usual level of one or two per 1,000 babies born in the US. But at the same time it pointed to a study in the Journal of the American Medical Association showing women who stopped taking antidepressants while pregnant were five times more likely to relapse.

GSK insists that their drug has only ever been promoted for those who need it – in the case of pregnant women, those in whom the dangers of depression are greater than any possible risk from the drug. “GSK appropriately marketed paroxetine for use by the patients for whom it was indicated and who could benefit from it,” said the company in a statement.

If you are suffering depression during your pregnancy we strongly urge you to seek advice from a qualified naturopath. Some commonly used supplements for depression are contraindicated when pregnant or breastfeeding.

Depression can be caused by a number of different things (dietary imbalances, underlying nutritional deficiencies, difficult personal situation etc) and our goal is to find and work with the cause.   In our experience, depression is NEVER caused by a deficiency of antidepressant medication.