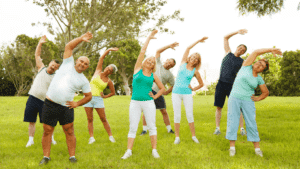 At the European Association of Cardiovascular Prevention and Rehabilitation meeting recently held in Barcelona, Spain, new heart research was presented that shows one treatment in particular can provide remarkable help for patients with certain forms of serious heart disease. It’s not a new drug or surgical procedure. Instead, it’s a natural therapy — plain old-fashioned regular exercise.

In fact, in several studies just presented at the meeting, exercise reduced the markers of heart disease in patients following coronary artery bypass surgery (CABG). What’s more, it improved indications of disease in people with heart failure, a condition usually thought to be incurable and often just treated with symptom-relieving drugs. But the news that’s perhaps most likely to make some interventional cardiologists’ hearts skip a beat or two was the evidence presented that showed that exercise improved cardiac event-free survival in coronary patients better than angioplasty with stents. 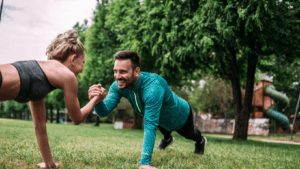 Also called percutaneous coronary intervention (PCI), angioplasty is commonly used to help people with coronary artery disease whose arteries are narrowed and even blocked by a build-up of sticky plaque. By threading a thin tube through a blood vessel in the arm or groin, interventional cardiologists perform angioplasty to restore blood flood through a clogged artery. A tiny balloon at the end of the tube is inflated when it reaches the exact spot of blockage. That pushes the plaque outward against the walls of the artery, restoring blood flow. A small metal device called a stent is also carried by the tube and deployed at the site of the blockage in order to prop open the artery.

This approach to treating heart disease is a huge business. A report in Bloomberg News last fall noted that about 800,000 angioplasties are performed each year in the U.S. at a cost of about $10 billion annually. And, although many cardiologists consider angioplasty to be the “gold standard” of care in most types of acute coronary events such as heart attack, the procedure’s long term benefits have been questioned by many doctors. In addition, the role of angioplasty in treating other kinds of coronary disease, like angina, isn’t clear.

To help shed light on this issue, researchers at the University of Leipzig in Germany conducted a study to compare the event-free survival rate in 101 stable angina patients. Research subjects with the condition were divided randomly into two groups. Each group was treated with either a regular exercise program or with angioplasty.

The results, just presented at the European Association of Cardiovascular Prevention and Rehabilitation meeting, showed that after five years of follow-up, the study participants who went through exercise training had a better event-free survival rate than those treated with stent angioplasty. In the exercise group, 63 percent of patients had survived, free of cardiac events. However, only 40 percent in the angioplasty group had survived without cardiac problems (which included heart attack, stroke and death).

Two other studies released at the Barcelona conference also back up the idea that exercise can often help even patients with very serious heart problems. Research by Dr. Tomasz Mikulski and colleagues from the Medical Research Centre in Warsaw, Poland, showed that aerobic training using an exercise bike not only improved the physical fitness of cardiac patients following bypass surgery, but also reduced their cholesterol levels and markers of inflammation (which are associated with heart disease).

Dr. Marcus Sandri from the University of Leipzig presented data showing that a moderate exercise program daily for four weeks improved the function of endothelial cells in patients with heart failure. This is important because endothelial cells, which line the circulatory system, are associated with the progression of heart disease and heart failure when they don’t function properly.

No improvement was noted in the control group of heart failure patients who did not exercise. Dr Sandri noted in a statement to the media that the beneficial effect of exercise was seen as much in older subjects as in younger. “The effects of exercise were not diminished in our older heart failure patients which suggests that exercise as a treatment might be just as effective in older patients as younger,” he explained. 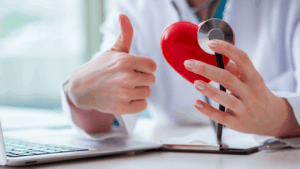 For more information visit our page on Heart Disease