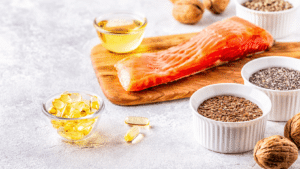 Supplements of the omega-3 fatty acid DHA (docosahexaenoic acid) may alter the function of the brain associated with working memory, according to results of a new study with healthy boys.

Scientists from the University of Cincinnati showed for the first time using neuro-imaging that supplementation with DHA alters the functional activity in cortical attention networks in humans.

“The present findings add to an emerging body of evidence from preclinical and clinical imaging studies that suggest that dietary DHA intake is a robust modulator of functional cortical activity,” wrote lead author Robert McNamara in the American Journal of Clinical Nutrition.

The study follows hot on the heels of, and vindicates, backing from the European Food Safety Authority (EFSA) for DHA-related brain and eye health claims for infants.

EFSA’s Panel on Dietetic Products, Nutrition and Allergies (NDA) said DHA (docosahexaenoic acid) levels of 100mg of per day were appropriate for 7-24 month-old infants along with 200mg per day for pregnant and lactating women.
The DHA claims relating to brain health stated: “DHA intake can contribute to normal brain development of the foetus, infant and young children”

Another shorter chain, omega-3 fatty acid, ALA (alpha linolenic acid), was affirmed as important for the normal brain development of children up to the age of 18 but no levels were specified.

While there is a growing body of evidence linking DHA to cognitive function, Dr McNamara and his co-workers note that it is unkown how DHA supplementation may affect functional cortical activity in humans. In order to fill this knowledge gap, they recruited 33 health boys aged between 8 and 10 and randomly assigned them to receive one of two doses of DHA (400 or 1200 mg per day, Martek Biosciences) or placebo for eight weeks.

Brain activation patterns were measured using functional magnetic resonance imaging (fMRI) during a test of sustained attention (playing video games). The results showed that DHA levels in the membrane of red blood cells (erythrocytes ) increased by 47 and 70 per cent in the low and high dose DHA group, while the placebo groups experienced an 11 per cent drop in DHA levels.

The “main finding” from the fMRI data was an indication of significant increases in the activation of the dorsolateral prefrontal cortex part of the brain in the DHA groups – an area of the brain associated with working memory. Changes in other parts of the brain, including the occipital cortex (the visual processing centre) and the cerebellar cortex (plays a role in motor control) were observed.

“These findings suggest that this imaging paradigm could be useful for elucidating neurobiological mechanisms underlying deficits in cortical activity in psychiatric disorders associated with DHA deficiencies, including ADHD and major depression,” wrote the researchers.

The study was co-funded by Martek, the National Institutes of Health, and the Inflammation Research Foundation.