If you or a loved one seems to be reacting badly to foods such as bread, cereals and pasta, it may be due to their gluten content. Some people have heard about coeliac disease, but it is possible to develope a condition called non-coeliac gluten sensitivity (NCGS). This article will help you understand what NCGS is, and explores the considerations around symptoms, diagnosis, associated conditions and dietary options.1 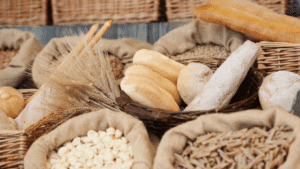 What is going on with Gluten?

More people seem to be having a problem with consuming wheat and other gluten containing grains, which include barley, rye and sometimes oats. Part of this is associated with the wider promotion and better understanding of coeliac disease (CD), an autoimmune condition associated with gluten consumption. It seems that the prevalence of coeliac disease is increasing, with an estimated 0.75-1.25% of the population being affected.2 This greater understanding of coeliac disease has also led to the appreciation that many more (maybe 5-7% of the population), have digestive problems related to gluten, but do have the autoimmune coeliac disease, or any allergy as such to gluten-containing grains. This condition is now known as Non-Coeliac Gluten Sensitivity (NCGS). 1

What are the Symptoms of Gluten Intolerance?

In general, most people start looking for answers when they associate digestive disturbances with the consumption of foods that are high in gluten, such as bread, cereals and pasta. These symptoms may include indigestion, reflux, nausea, bloating, stomach cramps, other abdominal pains, other food intolerances, flatulence and changed bowel habits.1

Gluten-related issues may also be associated with fatigue, brain fog, anxiety, sleeplessness, joint pain and a number of other auto-immune diseases, especially type 1 diabetes, rheumatoid arthritis and lupus.1  Digestive reactions are more commonly associated with NCGS, while many people with coeliac disease are undiagnosed for quite some time as direct digestive symptoms are not always evident (see image for details).4 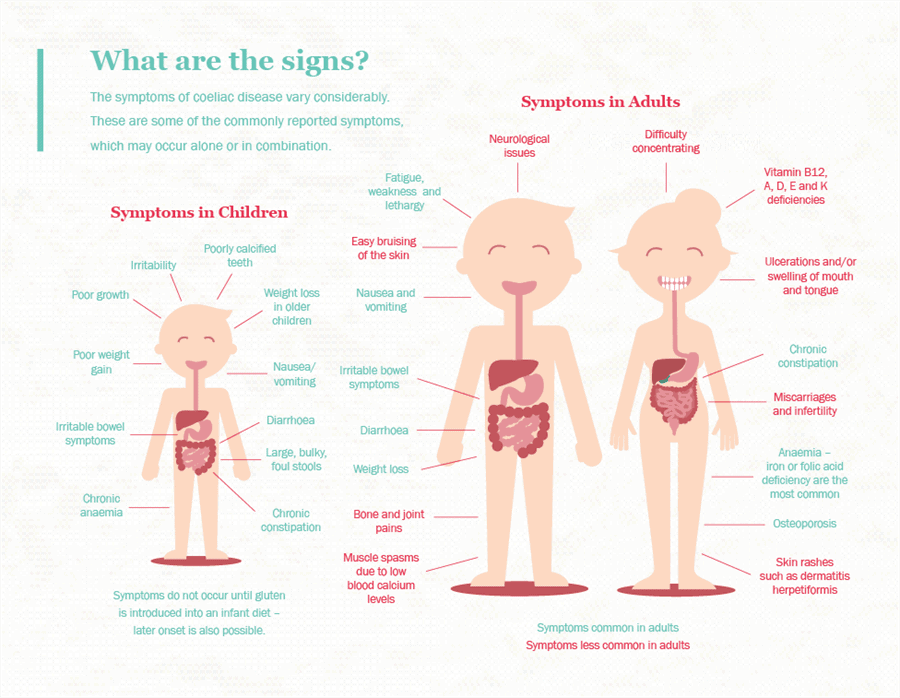 How do you test for NCGS?

Unfortunately, there is currently no specific marker for NCGS. Diagnosis is made after exclusion of coeliac disease and allergies, so all three need to be considered. An allergic response is often associated with itching, hives and difficulty breathing (anaphylaxis), which can be an immediate threat to life, but diagnosis of allergies is generally quick and accurate. If you do have an allergic response, and this is happening after you consume wheat, this doesn’t preclude susceptibility to coeliac disease.

New Zealand guidelines recommend blood antibody tests as the first step towards diagnosing coeliac disease. For this to be accurate, you must have consumed a similar amount of gluten as is contained in four slices of bread every day for 4–6 weeks prior to testing. As most people with coeliac disease test positive for one of two gene markers (HLA-DQ2 or HLA-DQ8), this can be a useful test for those unable to tolerate adequate gluten for the basic tests. However, a definitive diagnosis is made based on the presence of damage to the lining of the small intestine, which is only possible via an invasive gastroscopy and biopsy (taking a sample).

However, in other countries, experts suggested that diagnosis of coeliac disease is made if 4 of the following 5 parameters are met: 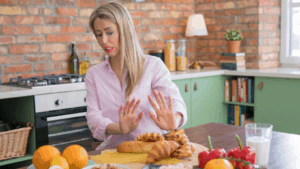 Do I need to get a Diagnosis?

You might be wondering: Can’t I just remove wheat/gluten from my diet and see if I feel better?

You could – it’s what millions of people around the world have been doing for many years and it has provided a market for a huge range of easily available gluten-free cereals, breads, pastas and other foods. The concept has been extended in most western countries, with the majority of supermarkets promoting a ‘free from’ section or aisle, stocking products without ingredients that people are often allergic or sensitive to.6 The general medical recommendation is to test for allergy and coeliac disease to rule these causes out, for two principal reasons:

So, if you think you may have coeliac disease, do not start a gluten-free diet without first seeking a reliable diagnosis. The main reason for this is that for some people, the improvement from removing gluten-containing foods is so dramatic that they can not tolerate reintroduction of adequate gluten in the diet to make testing valid.

Other than the voluntary folic acid fortification of commercial flour and bread (read more here), the nutritional value of most wheat-based products is neglible. Indeed, replacement of gluten grains with wholefood, non-gluten grains and “pseudo-grains” (e.g., white, brown and wild rice, buckwheat and quinoa) are healthy options and can provide equal (if not more) nutrition. Additionally, as refined wheat flour is present in a vast array of processed foods, the simple avoidance of these unhealthy, low nutrition value, and often calorie-laden foods is likely a healthier option for many.7

Furthermore, some people had “hidden” coeliac disease – i.e., they may have no apparent symptoms associated with gluten consumption, but intestinal damage is generally present.3

However, NCGS, by it’s very nature, is always associated with symptoms, so future exposure to gluten still causes those symptoms to re-appear and warns people of it’s consumption, especially when unintentional.5

If digestive function improves with a gluten-free diet, but not symptoms are not fully resolved, there may be other issues to consider.  Intestinal hyperpermeability (“leaky gut”) and small intestinal bacterial overgrowth (SIBO) are two closely associated conditions with coeliac disease and non-coeliac gluten sensitivity.

A component of gluten is known to cause increased intestinal permeability in the majority of people. For susceptible people this can impact a range of tissues and organs, causing problems with joints, brain (memory/cognition), allergies and auto-immune conditions to name a few, as well as localised gut inflammation. These issues may resolve with a gluten-free diet but may not, therefore needing additional treatment.8

SIBO occurs when there is a change in the microbial population that inhabits the small intestine (read more here). This change can be caused by many things including NCGS and other food sensitivities, disordered gut motility, gut infections, underfunctioning digestive organs, stress and even altered sleep patterns.9,10 Depending on the underlying cause, these changes may resolve with modifications to the diet (such as excluding gluten) and some lifestyle changes, but in most cases, the specific changes within the microbiome need to be clearly identified and then addressed through targeted treatment.10,11

What are my Next Steps?

As you can see, gluten and NCGS is involved in many health issues for people everywhere and sorting out exactly what is happening and why, can be difficult and confusing.  Our qualified practitioners are here to help you first get to the bottom of, and then address these issues, so you can regain your health and get back to doing more of what you love.