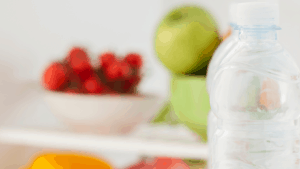 Effects of perinatal exposure to PCBs and dioxins on play behavior in Dutch children at school age.

Polychlorinated biphenyls (PCBs) and dioxins are known as neurotoxic compounds that may modulate sex steroid hormones. Steroid hormones play a mediating role in brain development and may influence behaviors that show sex differences, such as childhood play behavior. In this study we evaluated the effects of perinatal exposure to environmental levels of PCBs and dioxins on childhood play behavior and whether the effects showed sex differences. As part of the follow-up to the Dutch PCB/dioxin study at school age, we used the Pre-School Activity Inventory (PSAI) to assess play behavior in the Rotterdam cohort (n = 207). The PSAI assesses masculine or feminine play behavior scored on three subscales: masculine, feminine, and composite. Prenatal exposure to PCBs was defined as the sum of PCB 118, 138, 153, and 180 in maternal and cord plasma and breast milk. For breast milk we measured additional PCBs as well as 17 dioxins. Respondents returned 160 questionnaires (age 7.5 years +/- 0.4). Effects of prenatal exposure to PCBs, measured in maternal and cord plasma, on the masculine and composite scales were different for boys and girls (p <.05). In boys, higher prenatal PCB levels were related with less masculinized play, assessed by the masculine scale (p(maternal) =.042; p(cord) =.001) and composite scale (p(cord) =.011), whereas in girls higher PCB levels were associated with more masculinized play, assessed by the composite scale (p(PCBmilk) =.028). Higher prenatal dioxin levels were associated with more feminized play in boys as well as girls, assessed by the feminine scale (p =.048). These effects suggest prenatal steroid hormone imbalances caused by prenatal exposure to environmental levels of PCBs, dioxins, and other related organochlorine compounds.