Heard about Vagus? How does it Contribute to Your Gut issues?

Quite likely you’ve heard the term ‘the gut-brain connection’, and wondered how it works?

Well, the vagus nerve is what makes it possible…

What is the Vagus Nerve?

The vagus nerve, also known as the ‘wandering nerve’, is renowned for its ability to reach most of the human body. Physically, it starts from the base of the brain and splits off into two branches that flow down into the lowest parts of your abdomen, and many other places along the way. It is the longest nerve of the autonomic nervous system and has both sensory and motor fibres. It is a really important part of the nervous system, influencing both the “fight or flight” (sympathetic) and “rest and digest” (parasympathetic) processes [1].

Why is the Vagus Nerve so Important?

The most notable function of the vagus nerve is the connection between the parasympathetic nervous system and how it influences gut health. It provides a bidirectional link, from the brain to the gut, then from the gut back to the brain. This ‘road’ (metaphorically defined as the vagus nerve) is constantly carrying signals, back and forth [2,5]. How the Gut can Influence the Brain

How the Brain can Influence the Gut

This connection from the brain to the gut is constantly sending signals – chemical messages aimed to improve the function of the gut. These signals achieve the following:

When dysfunction occurs with the gut-vagus nerve connection, serious symptoms or diseases can occur. The vagus nerve is the ‘road’, sending signals from one area to the next. Physical damage to the nerve (such as from head injury or other trauma) can increase, slow down, or even block these neurological signals [5].

Influences on the integrity of the vagus nerve include even minor, as well as more substantial knocks to the head (even from fainting, or whiplash), gut dysfunction, chronic stress, poor diet, disordered breathing, poor oral health, sedentary lifestyle, and some medications [5].

Dysfunction of the vagus nerve can lead to difficulty swallowing. It is also common to have trouble with the gag reflex if the nerve is damaged. Since vagus controls some muscles in the throat, damage to the nerve can also alter your voice [10].

Irritable bowel syndrome (IBS) is characterised by altered bowel habits, such as constipation, diarrhoea, or both. IBS is usually accompanied by abdominal pain or discomfort. Dysregulation of the autonomic nervous system also seems to have a role in the development of IBS. If the vagus nerve is hyperactive, this results in increased stimulation in the digestive system. The resultant urgency associated with bowel movements, possibly abdominal cramping, can be problematic. Interestingly, increases in blood pressure are also linked to increased rectal distention, meaning that bowel contents can remain in the rectum for longer, contributing to constipation [6]. Read more about IBS here.

Vagus Functionality is Related to its Tone

The tone of the vagus nerve is key to activating the rest and digest (parasympathetic) part of the nervous system, . Vagal tone is measured by tracking your heart rate alongside your breathing rate. Normally, the heart rate increases when you breathe in, and decreases when you breathe out. The bigger the difference between your heart rate when inhaling versus exhaling, the higher your vagal tone. Higher vagal tone means that your body can relax faster after stress. That being said, the tone of the vagal nerve is just like a toned muscle; meaning it needs frequent stimulation [3,5]. 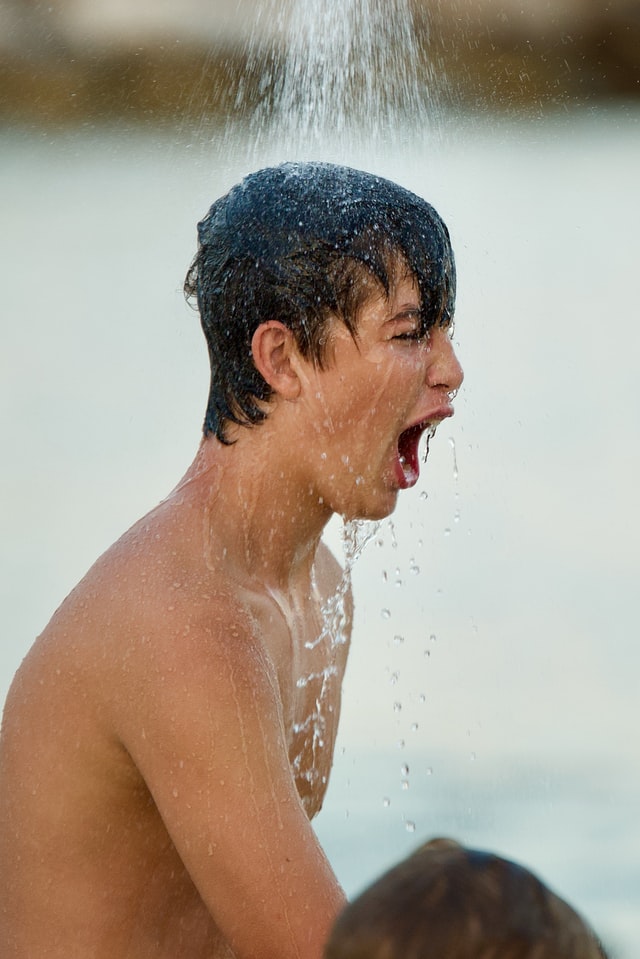 When the mouth can produce large amounts of saliva, you know that the vagus nerve has been stimulated and your body is in the parasympathetic mode. This is a sign your body is relaxed and ready to digest food [9]. To stimulate salivation, try relaxing and reclining in a chair and imagine a juicy orange. Allow your mouth to fill with saliva.

Gargle with water (or even with your own saliva) several times a day. The vagus nerve activates the muscles in the back of the throat that allow you to gargle. Gargling contracts these muscles, activating vagus and stimulating the gastrointestinal tract.