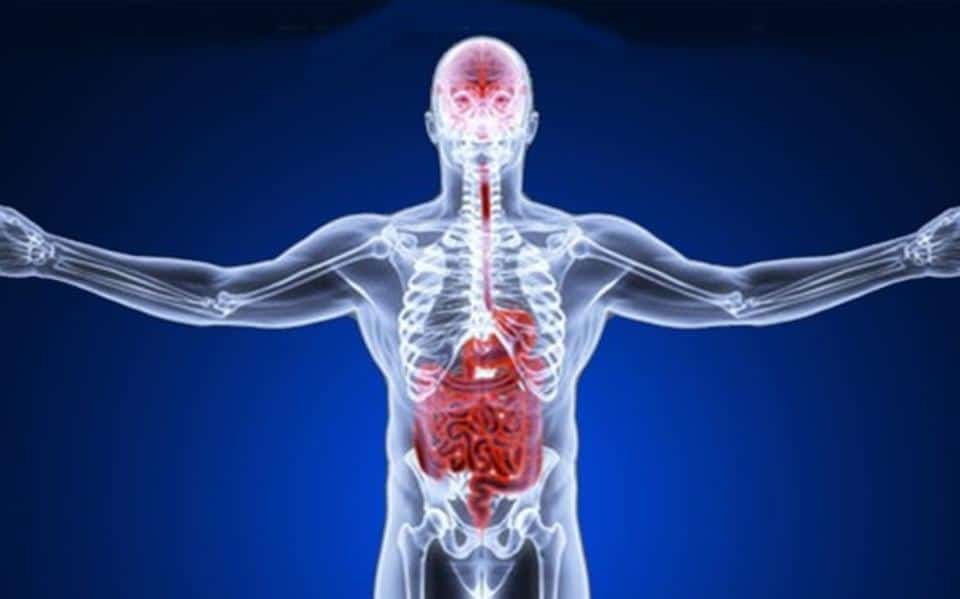 What is the Gut-Brain Axis?

Have you ever had a “gut feeling”, “butterflies in your stomach”, felt “sick to your stomach” or even a “gut-wrenching” experience? It may come as a surprise that your gastrointestinal tract is directly connected to our emotions, and that this is the foundation of what we call the Gut-Brain Axis. Sadness, anger, anxiety, joy — these feelings (and others) can trigger symptoms in the gut and, increasingly, we are discovering that what is going on in the gut is affecting your brain and your mood.

The brain itself has a direct effect on the stomach. For example, the sight, smell or thought of food can trigger the release the stomach’s digestive juices – which is just as well, because if you’re going to eat something, you need the system ‘ready for action’ before the food arrives! Accordingly, your stomach or intestinal distress can be the cause or the product of anxiety, stress, or depression. That’s because the brain and the gastrointestinal (GI) system are intimately connected. This two-way communication system has been called the Gut-Brain Axis, but more recently it’s been termed the “Microbiome-Gut-Brain Axis”.

So, it may come as no surprise to learn that your brain’s health is dictated by what goes on in your gut. That’s right: What’s taking place in your intestines right now affects not only your brain’s daily functions, but also determines your risk of developing many neurological conditions in the future.

The organisms in your intestines (the microbiome) are involved in a wide variety of bodily functions. These include immunity, detoxification, inflammation, neurotransmitter manufacture, vitamin production, nutrient absorption, feelings for hunger and satiety, and even how you utilise macronutrients from your diet, such as carbohydrates and fat. The gut microbiome is incredibly influential (along with your genetics) in regard to whether (and how severely) you experience chronic health problems like allergies, asthma, ADHD, cancer, type 2 diabetes, or even dementia.

A dysfunctional or imbalanced microbiome, while potentially affecting your mood, your libido, and even your perceptions of the world and the clarity of your thoughts, could also be at the root of your headaches, anxiety, inability to concentrate, or even a negative outlook on life.

Put simply, nearly everything about our health — how we feel both physically and emotionally — can hinge on the state of our microbiome. In fact, the connection between gut flora and the brain is so important that in 2014 the National Institute of Mental Health spent more than $1 million on a research program to study this relationship. Since then it’s become The hot research topic of the decade. After all, with bacteria outnumbering us by more than 10:1, we are, actually, a big bag of bugs! 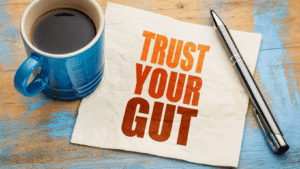 You may have heard about the perils of a leaky gut (or “intestinal hyperpermeability” in medical-speak) where the normal barrier function of the intestinal lining becomes compromised. Intestinal permeability has been established as the most important factor influencing microbial interactions with the rest of the body. This can occur due to a variety of factors, including infections, some medications, stress, environmental toxins and potentially gut-irritating food ingredients like gluten. Once this barrier is compromised, food particles that are not fully digested can “leak” into the bloodstream, triggering an immune response.

It has also been established that having normal gut microbiota is essential to prevent harmful bacteria from colonising. When the normal gut microbiota is changed (for example by antibiotic therapy) pathogenic organisms are able to colonise the gut lining. This leads to toxin production and focal inflammation, which also causes an increase in gut permeability.

So what happens when gut permeability increases?

More than half of our bacteria possess an outer membrane that is made up by a substance called lipopolysaccharide (LPS). A leaky gut means this molecule can very readily get into the bloodstream.
Lipopolysaccharide is well known (and much studied) because, once in the bloodstream it causes such a strong inflammatory that it is classified as an endotoxin, literally a “toxin that comes from within”.
It was previously thought that the brain was insulated, or protected by the blood-brain barrier. It has now become clear that the integrity of this barrier can be compromised, allowing various molecules to penetrate and cause trouble. However, a laboratory study in 2012 revealed that by injecting lipopolysaccharide into the bodies of mice (not their brains), the mice developed overwhelming learning deficits, demonstrating that lipopolysaccharide was able to cross the blood-brain barrier and affect the brain’s normal functions. These mice also developed elevated levels of a particular protein in the part of the brain that is involved in memory. This protein is beta-amyloid, which is involved in the development and progression of Alzheimer’s disease.

As well as memory problems, lipopolysaccharide is also implicated in as it decreases the production of an important substance called brain-derived neurotrophic factor (BDNF), which is critical for the growth of new brain cells and the survival of neurons and thus influences our ability to learn and remember. We know too, that chronic stress increases the vulnerability of BDNF to lipopolysaccharide in the body’s stress-response system (called the Hypothalamic Pituitary Axis or HPA).  Major cognitive impairments in both the elderly and the very frail are associated with very low levels of diversity of the gut microbiome. These factors are arguably the down-side of the Gut-Brain Axis! But wait..help is at hand! 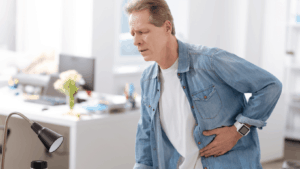 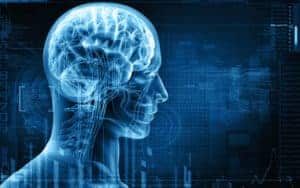 Gut bacteria themselves also produce many different chemicals that can influence brain function. They convert the complex carbohydrates in our diet to fatty acids, butyrate, acetate and propionate. Butyrate can easily leave the gut and enter the brain, where it can influence the levels of the BDNF. Gut bacteria can also produce neurotransmitters including dopamine, acetylcholine and GABA, and although these cannot cross the blood brain barrier, they indirectly affect brain function via the vagus nerve, which “wanders” throughout the gastrointestinal tract. Specific probiotics may exert an antidepressant effect – at least in animal models of depression. This is due to the bacteria’s ability to release tryptophan, which is a precursor to the production of serotonin.
Clearly we need to take good care of these bugs so that they will take good care of our brains. Consuming the right balance of prebiotics (food that bacteria feed on) and probiotics can help maintain a healthy diversity of the microbes in the digestive system. Yet, all too often, we see people for whom these things don’t make any difference, or in some cases, might aggravate other problems. If this is the case, consider that the imbalance is very real (for example you may have inadequate flora, or even an overgrowth, such as occurs in SiBO) and we would love to help you. You can read more about digestive dysfunction here.

Every week we are seeing new evidence that the microbiome-gut-brain-axis impacts digestive function, inflammation, gut permeability and the relationship to all these and your whole-body health. This increases our understanding of the critical importance of maintaining a healthy gut to support a healthy brain.
Can we manipulate the Gut-Brain Axis? Can we alter the world of the microbes to improve Our health? Thankfully the answer is YES!  Contact us to see how we can support the health of your microbiome-gut-brain axis.

Signs that your Gut-Brain Axis might be off-balance include: 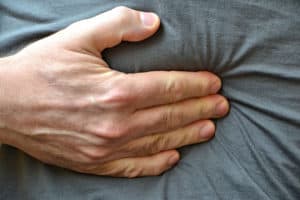 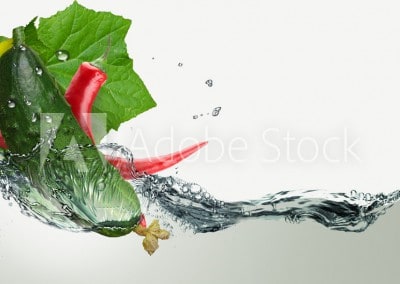 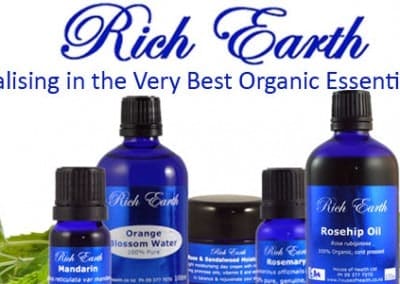 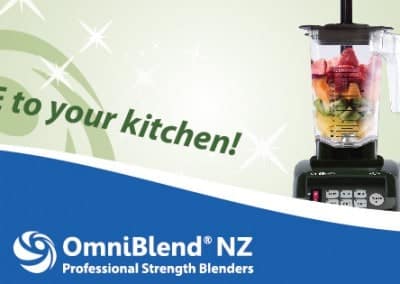 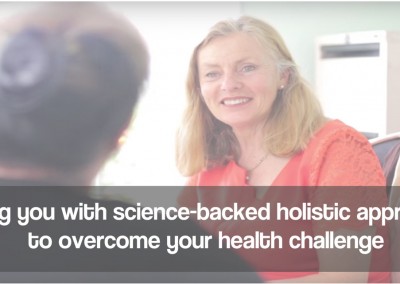 Book an appointment today with one of our practitoners