Day 5: Does Food Really Cause your Gut Problems? 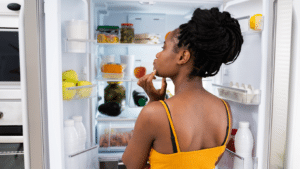 Do you find yourself blaming the food for your digestive complaints? Do you find that certain foods make you bloated or give you acid reflux? We’ve got some news for you: it’s probably not the food’s fault!

A digestive reaction to something you’ve eaten doesn’t necessarily mean the food is bad or should be avoided forever. Sadly, people often come to this conclusion. While most people with a food allergy know to avoid it, few realise that new reactions to a food are seldom happening because of the food. Instead, it tells a story about what is (or might be) going on in your digestive system.

Understandably, when the digestion is not working right, we want a solution. So it’s pretty common for people to follow well-intended advice and stop eating something for no other reason than because someone said “try cutting out x”, or because you read somewhere that it might be implicated. Going gluten-free or even following popular, well-researched diets (like the low FODMAP diet) should not be done without guidance. In fact, problems associated with gluten need a proper investigation before removing it from the diet. Cutting out certain foods without guidance might make you feel marginally better but this is often only temporary, and if it was a good food, can be detrimental to your overall nutrition and gut health. It can also cause people to feel even worse when the food is reintroduced (which of course tends to reinforce the ill-begotten belief that the food is the problem). If one food after another is taken out of the person’s diet,  this can result in a drastic reduction in the range of food one feels “safe” eating – often until there is only four or five things eaten regularly. On top of this, it creates a fear of food and initiates some abnormal behaviours around food that might also impact you socially.

Before any sort of dietary elimination is put in place, get a professional involved.

THE NEXT STEP: How often do you eat? Does it matter?