What’s Beneath Your Digestive Disorder?

10-20% of people have IBS (with women more commonly affected than men). Find out how a breath test can aid in determining the real cause of “dodgy digestion”.

We offer hydrogen-methane breath tests for aiding in the diagnosis of SiBO, sucrose, fructose and lactose malabsorption using proven equipment and diagnostic criteria.

If you have disconcerting and painful gut symptoms like bloating, unwanted abdominal wind and pain, diarrhoea or constipation, you will know how distressing these things can be.
Sugar malabsorption syndromes are one possibility. The most common of these are Fructose malabsorption and Lactose Intolerance. We can also use breath tests for evaluation of sucrose (table sugar) intolerance.  Often elimination of these sugars improves symptoms, but generally it is not the sugars that are causing the problem – they are simply aggravating the real issue.  Read about preparing for the test here.

If you are one of the many people who experience these symptoms after eating certain things (or have developed food intolerances) but have trouble actually pinpointing why these reactions occur, you are not alone. This may cause you to try out complicated diets and/or undertaking dietary exclusions – often to the detriment of your overall health – without any clear answers or resolution of your symptoms.

Maybe you have been told you have Irritable Bowel Syndrome (IBS).  Perhaps you have Inflammatory Bowel Disease (IBD)?

Both of these conditions are commonly associated with a gut problem called Small Intestinal Bacterial Overgrowth (SIBO).  Essentially, you may have too many bacteria (good and/or bad) in the small intestine, where they don’t belong!

Read about preparing for the breath test for SIBO here.

OR Make an appointment to discuss your digestive issues today. 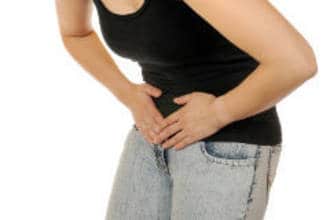 Can SIBO be a Factor in Other Conditions?

Yes! A mounting body of research has linked SIBO to a range of disorders. These include:

HOW DOES SIBO HAPPEN?

There are many possible reasons for bacterial overgrowth. These include post-infectious (gastroenteritis), after antibiotic therapy, antacids, abdominal surgery, poor diet, low stomach acid, and more.

An overgrowth of either general (good) bacteria or specific colon-dwelling species can lead to problems which can interfere with normal digestion and absorption. Bacteria consume carbohydrates in the bowel and produce gases such as hydrogen, hydrogen sulphide, and/or methane. 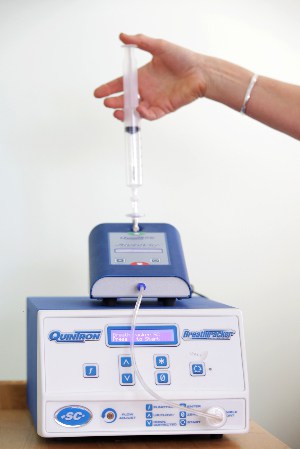 The quantity of gas produced may be extensive, and can result in severe bloating, reflux, pain and abdominal distention, as well as embarrassing flatulence. It is estimated that with normal levels of bowel flora, the lactose in about 30 mL of milk will result in the production of 50 cc of gas. In a bowel where overgrowth has occurred, the same amount of milk may produce up to 5000 cc (that’s 5 litres!). This doesn’t necessarily mean that the lactose is the problem, unless you are deficient in the enzyme that usually breaks it down.  Lactose is simply a sugar, which feeds bacteria.

Neither hydrogen nor methane are  produced by human cells – they are only produced as metabolic products of carbohydrate fermentation in the intestine. When your normal bacteria (from the mouth, small intestine, or large intestine) multiply in the upper small intestine to excessive numbers, IBS can occur.  Sometimes taking probiotics might make you feel worse!

Another possible scenario is “reflux” of large intestine contents into the far end of the small intestine – at around the same area as where your appendix is. This allows more acid matter to travel back into the small intestine and makes the environment there more suitable for the “wrong” kind of bacteria to dwell.  The pain symptoms can be different, often focusing on the right lower abdominal area.  If this is your pattern, a lactulose challenge test is the best.

Regular stool analysis has no value in diagnosing SIBO.  However, a comprehensive evaluation of gut flora can aid in identifying the species and the population of “good” bacteria.  This can aid in targeting therapies in those who don’t respond to an eradication regimen, and to inform the “repopulation” programme.

Hydrogen/methane breath testing is the most widely used diagnostic method for this condition.  This is a validated test scientifically proven and is available via our Auckland clinic. You can order the kit and instructions online, or arrange to have the samples collected in the clinic.  If your gut dysfunction fits the picture, the first test is to evaluate the likelihood of SIBO (Small Intestinal Bacterial Overgrowth).
Gastroenterologists and hospitals have used the breath test for many years.  It is a safe, clinical testing method for people with IBS and sugar malabsorption.  It is a simple, non-invasive test that measures levels of hydrogen and methane in the breath.

HOW DOES THE BREATH TEST FOR SIBO WORK?

After following a special diet for one day, you collect a breath sample.  After consuming the specific sugar provided, further samples are collected over a 3 hour period.
If there is an excess of bacteria in the small intestine, or the sugar is not absorbed into your blood stream, fermentation occurs. This produces gases which are absorbed into the blood stream and exhaled on the breath.  Our at-home breath test kits are designed to allow you to catch a sample of your breath and send samples in to us for analysis using the industry gold standard testing machine, the Quintron Breathtracker.

With this method of breath testing, we can evaluate conditions such as lactose intolerance, fructose intolerance and small intestinal bacterial overgrowth (SIBO), which is often present with people suffering from IBS or Diverticulitis.

Breath tests for SIBO are highly effective in ascertaining whether bacteria is fermenting carbohydrates in your intestinal tract. A variation on the test can also determine whether or not a person is absorbing specific carbohydrates (sugars). Unabsorbed sugars aggravate or cause dysfunctional gut symptoms such as bloating, abdominal pain, diarrhoea or constipation.

Studies have demonstrated the relevance of hydrogen and methane production in relation to conditions like IBS, Diverticulitis or SIBO, showing more than 30% of healthy adults produce methane and/or hydrogen.

With accurate breath testing, health professionals are better able to evaluate, and understand and action effective treatment of these conditions for their clients.

Hydrogen gas, detectable in breath, was first used to test for milk sugar (lactose) intolerance or malabsorption.  When the undigestable lactose sugar (from milk) ferments in the digestive tract, hydrogen gas is produced by gut bacteria.  This is then absorbed in the large intestine into the blood stream and is excreted on the breath.

This simple, non-invasive test, formally introduced to medical testing in 1981, was shown to be more reliable than the previous lactose malabsorption test, which was done by measuring the rise (or, more accurately, lack of rise) in the blood sugar level after a dose of lactose.  The test has also been found to be extremely useful for the diagnosis of fructose (fruit sugar), sucrose (table sugar) malabsorption and others.

Methane has recently been found to be a useful reliable marker for the diagnosis of carbohydrate-related problems in the digestive tract.
Bacteria are mainly found in the large intestine (those in food are killed by the high acid content of the stomach), but in some individuals, bacteria reach excessive amounts in the small intestine. This condition has become known as Small Intestinal Bacterial Overgrowth (SIBO) and has been demonstrated to be associated quite strongly with Irritable Bowel Syndrome (IBS).  Evidence is also emerging to link SIBO to such conditions as Fibromyalgia and Scleroderma.

Testing for SIBO is recommended before testing for lactose or fructose intolerance.
If you have SIBO, any sugar-challenge test can have a positive result, in which case it is not the sugar itself that is the problem – rather, it is the fact that the sugar is feeding the problem.

Read about the diet preparation guidelines that you must follow for at least one day. 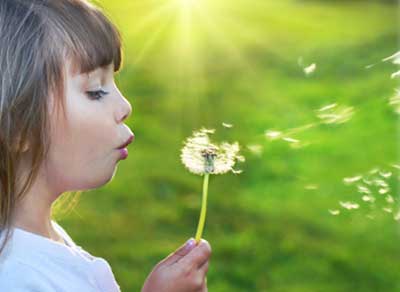 A series of simple breath tests are taken over a number of hours after you have consumed a low fibre diet for at least the previous 24 hours. You will simply blow into a small hand-held device to capture your breath. You will then have a small dose of a particular sugar (such as lactulose or fructose, or lactose) mixed with water.  Then the breath collection is repeated at regular intervals for three hours (how many and how often depends on what is being tested). These tests can be carried out at home, and the samples sent to the clinic for analysis. The samples are stable at room temperature and must be analysed within 8 days of collection to ensure validity.

Instructions for preparation for the test are here.

The information is then gathered and analysed by our trained Nutritionists and a suitable dietary strategy is recommended.  We will discuss the results and outline the recommended diet at an appointment to be scheduled after your samples have been analysed. A one-hour appointment is required.  Book here.

If you wish, you can conduct the test under supervised conditions, in clinic.  This test is available on selected mornings each week, from 8.30 am. Please contact us to arrange this.  We will send you the instructions to ensure you arrive for the test, fully prepared.

You may prefer a comprehensive nutritional consultation first to determine whether or not a Functional Breath Test is the best option for you.

There are a number of conditions associated with SIBO.  These include:
Recent research has also shown that SIBO is a likely cause or contributor to other, non-digestive problems as well.  These include: 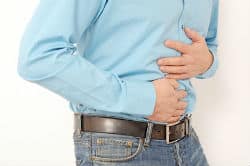 HOW IS THE TEST CONDUCTED?

You will be given specific dietary instructions for preparing yourself for the test you have ordered.    On the morning of the test (after an overnight fast) you will collect a baseline breath sample, then consume a specific amount of the appropriate sugar.  Then breath samples are collected at regular intervals – how many and the time between depends on the test.  To order, click your test IBS/SIBO
The test can be done at-home, as long as you are able to follow the instructions.  Otherwise, an in-clinic test is recommended.

WHICH TEST SHOULD I ORDER?

We offer two ways to do a breath test.  The most convenient is by ordering a kit online and, after following the instructions, collecting your breath samples and sending them in to us in the supplied courier bag.  We will then analyse your samples.  In order to get your results you must have an appointment with an appropriately qualified health practitioner.  We will either contact you for an appointment or send your results to your health practitioner who can discuss the results, along with any dietary recommendations, with you.

If you wish to discuss the appropriate breath test for you, please make an appointment below: